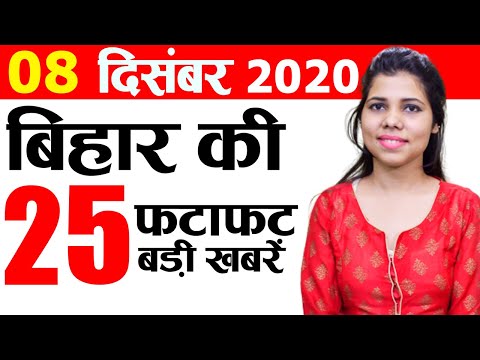 #Biharnews #Todaybiharnews #Biharsamachar #Dailybiharnews #Bihar #Biharjobs
1. Applications started for the bumper vacancy of Junior Engineer in UPPCL
Bumper vacancy has been created in the post of Trainee Junior Engineer in Uttar Pradesh Power Corporation. A total of 212 posts have been recruited. Interested candidates can apply by going to upenergy.in. The application process has started for this recruitment. Interested and eligible candidates are requested to apply by December 28 and the examination for recruitment will be held in February. All the information including educational qualification for these posts has been shared on the official website. Candidates can go and check before filling the application.

2. Near the very ancient banyan tree of Sheohar, you will get to see many special things
3. More than 400 cases of #coronacasesinBihar
4. Extended date of LLB entrance test in PU due to #Bharatbandh
5. Armed Forces Flag Day celebrated in Bihar
6. Cold chain is ready in Bihar
7. Initiative to maintain front on new routes started to make Bharat Bandh successful
Today, the farmers’ organizations have called for the Bharat Bandh on the farm law, while the bandh called by the farmers has received support from the Congress, RLSP and many other parties apart from the Left parties, now many parties for the closure of India. Has taken the responsibility of maintaining a different front, in such a situation, it has been expected to see its wide impact in entire India. To make the bandh a success, the emphasis will be on blocking the road and rail route.
8. Today we will talk about Tanushree Dutta in Bihari identity
9. #Bihargovernment released new guide line for wedding ceremony
The Bihar government has released a new guide line for the wedding ceremony to be held in the atmosphere of Corona, in which 200 people have been allowed to attend.
10. Now whatsapp group will be monitoring rural roads
11. #BiharPolice personnel will now be transferred in Bihar under new policy
12. Declaration on 12 seats of nominated quota in Bihar Legislative Council soon
13. Bihar government will open call center for migrant laborers returned to Bihar in 10 districts
14. Automatic barrier will be installed to control overloading
15. Can be used for the first time in Bihar #Panchayatelections
Preparations are being made to conduct panchayat and village courts in the state in nine phases between March and May next year. Regarding this, the State Election Commission has asked the District Magistrates of all the districts that in how many stages elections can be held in their district. For this, it has been instructed to provide details of the block-wise blocks within a maximum of two weeks. The state government is considering conducting panchayat elections in Bihar through EVMs.
16. Tejashwi Yadav, with a message congratulating him for maintaining Bihar for 15 years
17. Pushpam Priya Chaudhary tightened up by sharing memes trending over Lalu #NitishKumar
18. Rabri Devi appealed to the people of Bihar to get out on important work
19. #Sushilmodi gets Rajya Sabha victory certificate
20. Initiative to improve quality of education started in Bihar
Preparations have been started to improve the education system in Bihar, work has started on a new action plan for the operation of elementary, secondary and higher secondary schools in Bihar.
21. Today’s date is recorded in India’s history for several reasons.
Gomutra was patented by the United States in 2002 after India’s traditional bio-wealth, neem, turmeric and berries. Vasundhara Raje was appointed as the Chief Minister of Scindia Rajasthan in 2003. Uma Bharti was the Chief Minister of Madhya Pradesh in 2003. The present Chief Minister of Punjab Prakash Singh Badal was born in 1927. Indian actor #Dharmendrabirthday was born in 1935. Indian actress Sharmila Tagore was born in 1946. Parmanand, the great revolutionary brother of the Indian freedom struggle, bid farewell to the world in 1947.
22. Bhajji told this Indian player also dominates with Andre Russell
23. Varun shared a post after being found corona positive

24. Google Warns GMAIL, Drive and Photo Users
25. Now let us know what were the prices of bullion market and petrol diesel
26. Paddy bowl is working to fill Banka Bengal’s kothi
Most of the paddy in Banka district is exported in West Bengal. According to experts, around 300 trucks of paddy are landing every day in different markets of West Bengal.
27. 5000-year-old copper-stone relics found on the banks of Kosi river in #Bhagalpur
According to you, the decision to stop the Bharat Bandh called by the farmers who took to the streets to protest the farmers bill is right or not?