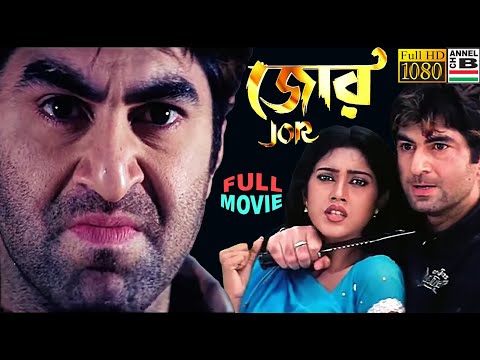 Synopsis:
Surya (Jeet) is a sportsman. He loves to run and win championships in Kolkata. Once on a championship tour, he goes to Siliguri. There he runs into an influential gang leader Indrajit (Subrata Dutta) who forcefully tries to make Sumi (Varsha Priyadarshini) his wife. After some struggle and fights, Surya is able to escape from Siliguri with Sumi. After coming to his home in Kolkata, Surya hides Sumi from his family members. He attempts to arrange for Sumi’s departure to the US where her relatives reside. Indrajit and his goons arrive in Kolkata in search of Sumi. They use their political and social influence to the local police who locks up Surya. Eventually, Surja makes the police officer understand that he loves Sumi and he lets him go since the police officer is an old friend of Surya’s father (Dipankar Dey). Surya arrives to get Sumi back from Indrajit’s house. Meanwhile, Indrajit’s goons go to Surya’s home and kidnap Surya’s sister. Surya eventually fights after his father gives him permission to fight for good cause. Indrajit dies by his mother during the fight coincidentally.