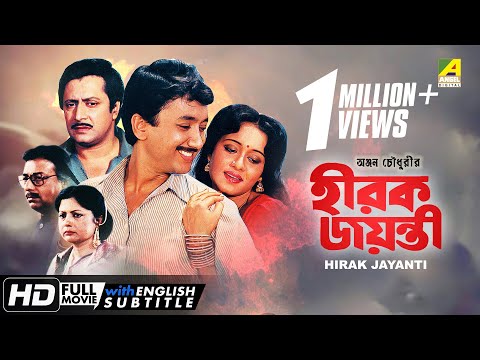 Synopsis:::
Ajay is a teacher in a village. One day his rich younger brother Bijoy comes to his house with his daughter Jayanti. But she faces an unpleasant situation at the point of entering into the village and quarrels with a honest, hardworking young man Hiru. But With the help of doctor uncle they began to meet each other on a daily basis. One day Hiru save the life of Bijoy. Then Jaya falls in love with Hiru. Two hearts now became one. But Jaya’s father does not like it because Hiru is not very educated. Then Jaya came to know that Hiru left his education unfinished due to some anger. An old man called Paran educated his son at the expenses of his comfort, but that person then goes to the city and does not look after Paran. So Hiru became very upset and leaves his career. Jaya now respects Hiru much more after knowing this fact from doctor uncle. But a rich man Chandan also loves Jaya and conspires against Hiru. One day Jaya invites Hiru but bijoy does not like that invitation. Then Chandan kidnapped Jaya and flees. He forced her to marry him. But Bijoy does not interpret the whole situation and accused Hiru for the kidnapping. But Hiru left that place and finds out Chandan and rescues Jaya. At last Bijoy came to the whole incident.

Enjoy and stay connected with us!!